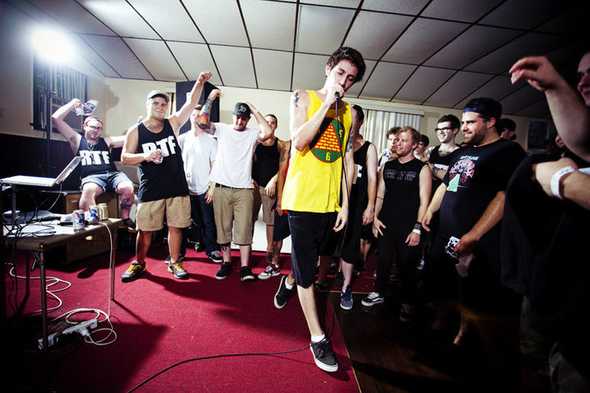 GDP is the definition of overlooked. Sure, what independent rapper doesn’t deserve more attention? I know, I know. This is different. I swear.

GDP was introduced to me along with the video for “Succumb”. What I saw was a raw, new-age talent that seemed more melting pot than stale bread. Watching him sitting on that couch, being driven through the streets of what I assume to be New Jersey, his home state,  I immediately got this feeling like the world was truly huge. Here I was, a hip-hop fanatic who thought he’d heard the best of the best - or at least all the major waypoints in rap. Little did I know that GDP would teach me that I would never be done discovering new music in whatever genre.

“Succumb” is a bull from the jump. Three versus, none wack. Not even close. What transpires on this track is a message to all - I am here, whether anyone is listening or not. As soon as heard the Big L homage (third verse) - something you don’t see everyday - I know GDP was no impostor, but obviously a hip-hop fan himself. Link to the lyrics.